New discovers emerged in the cave church of the masseria

In the cave church at the rear of Borgo San Marco (owned by Dr. Alessandro Amati and recently restored by Mrs Nori Meo Evoli) important and beautiful frescos, never seen before, were discovered. The images of the Saints and medieval writings have been hidden for years, perhaps centuries, underneath a whitewash and plaster blanket.

The information that our recent discovery has uncovered are extremely interesting. A painted epigraph, recently discovered by academics, has reappeared to the side of Christ Pantocrator thrilled in the apse of the crypt, who blesses by raising an arm, in the middle of the Saints Medici Cosma and Damiano (after whom, the little carved temple was named after). On the right of Jesus on the throne, the text states: “MEME TO D(OMI)NE / FAMULA TUA/ DESPINA” (i.e. “Remember, Almighty God, your truly devoted Despina”). Therefore, the person who dedicated and purchased the complex was a woman named Despina, who was wealthy enought to commission an extraordinary set of painted frescos (XII- XII cent.).
A “female purchaser” was unusual at the time and therefore points out the high economic power which belongs to this woman: something very unusual due to the role of the male as the primary authority figure, that was central to that kind of social organization (late middle Ages).
On the southern wall of the cave church of San Marco, other images were discovered (even if the lower part has been lost): there is a bearded saint Bishop with a crosier and a prelate headcloth and a female figure (perhaps coming from the East) with a gold diadem on her head and wrapped in a drapery.
You can clearly see the letters “NO” and “PE”: it is therefore supposed that they might be Saint Norbert (a saint coming from middle-northern Europe) and Saint Pelagia (coming from the middle east). If this is the case, once again the nearby territory preserved traces of an Eastern and Western Christianity mixed together, as the Christian faith was united into the same Creed, in the same holy temple. There is still more…

SO CLOSE YET SO FAR

In the same cave church, another text has been found: it’s a Greek name, Στέφανος, (STEFANOS) which clearly hints at Saint Stephen ‘s cult. The rest of the fresco (placed to Saint Norbert’s left) has now re-emerged: the protomartyr of Christianity is kneeling while he’s stoned to death by a number of people, who are depicted while throwing stones at him.
Due to the conditions of the fresco, the condition is not great, but Saint Stephen’s figure is almost clear.
Finally, this last Saint is strictly linked to the other two figures of Saints (the Saints Doctors, Cosmo and Damian) because he had a reputation as a healer of the sick too and is mentioned in many intercessory prayers in Byzantium. 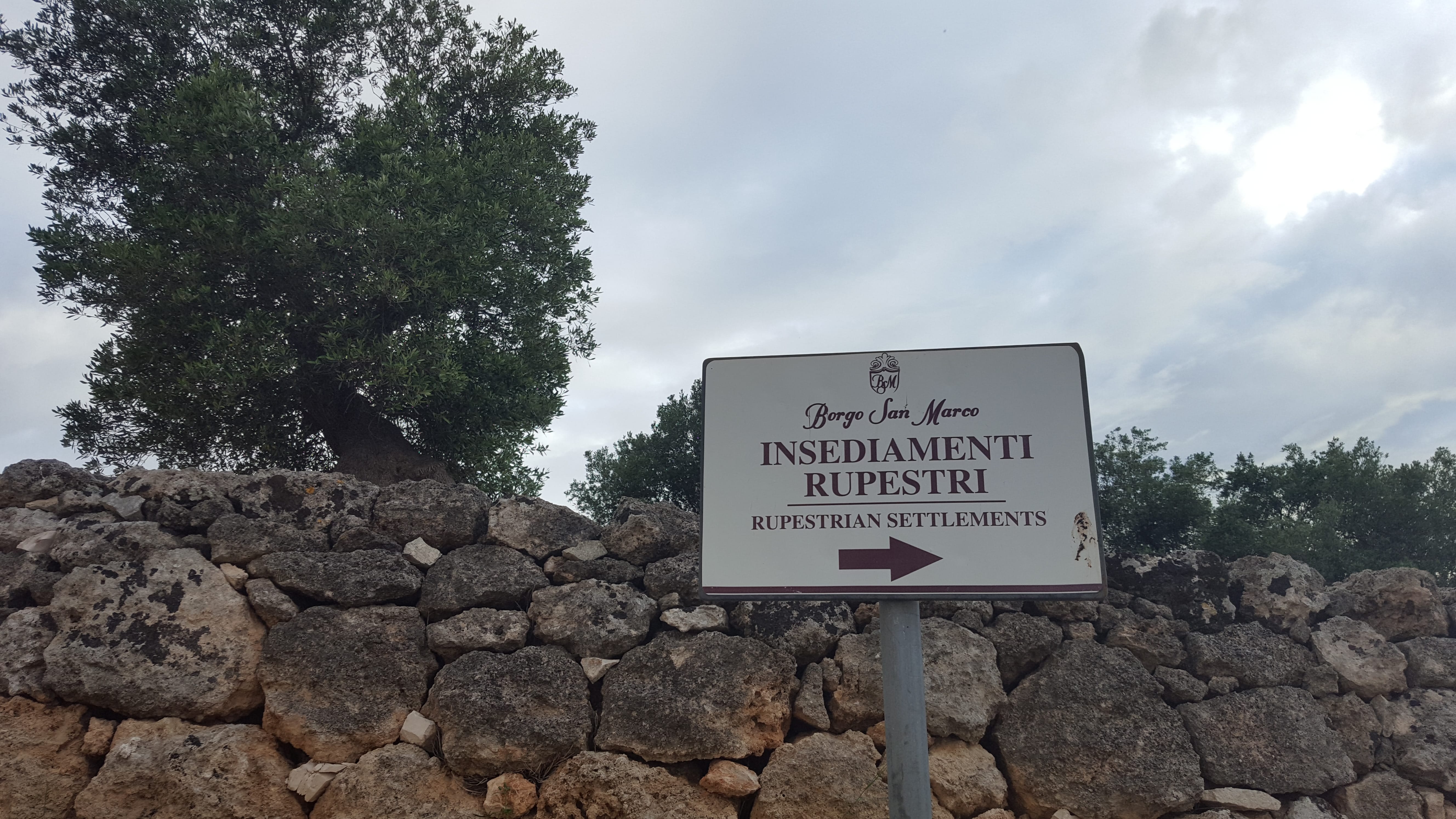 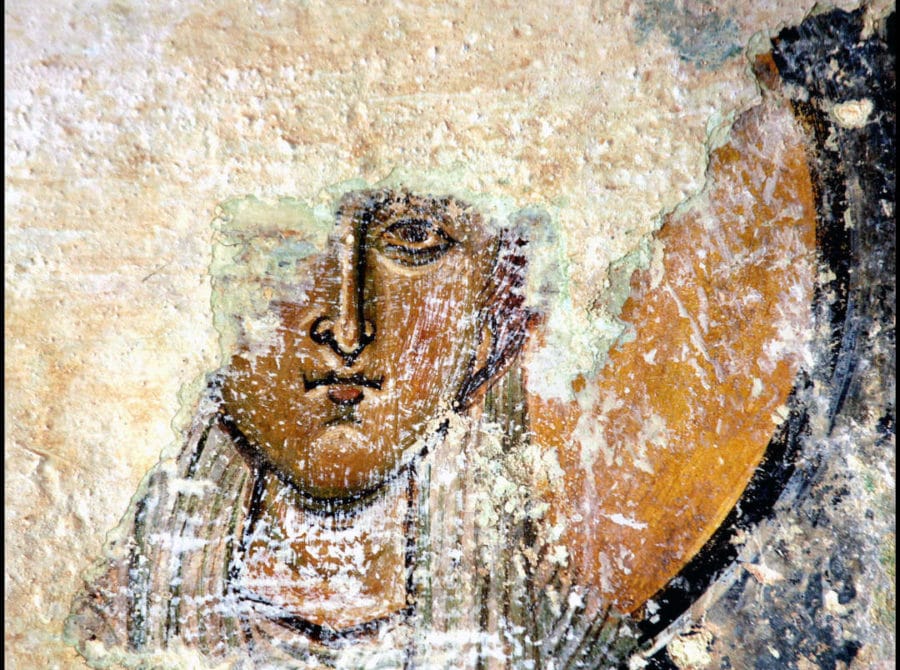 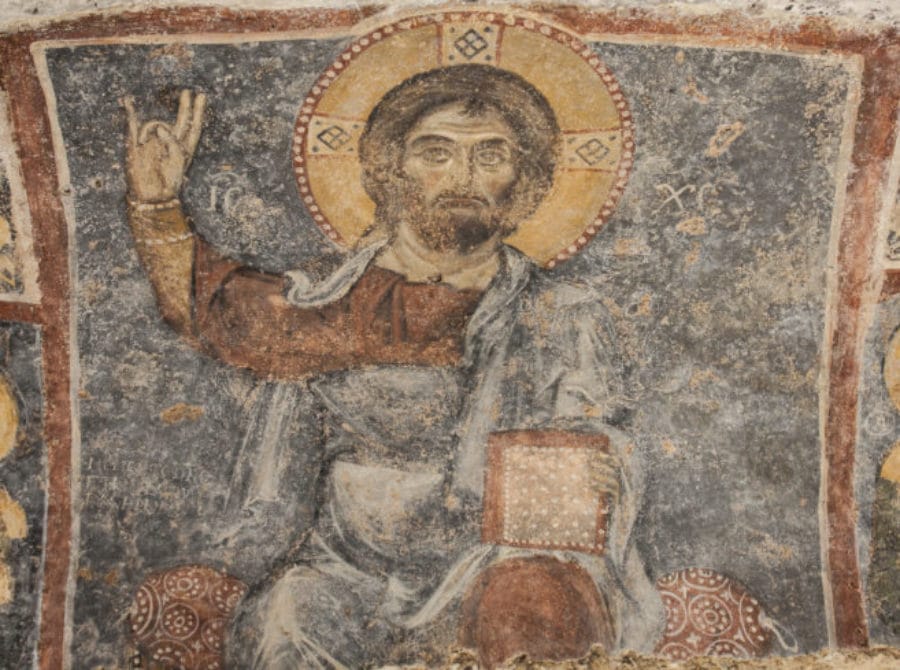 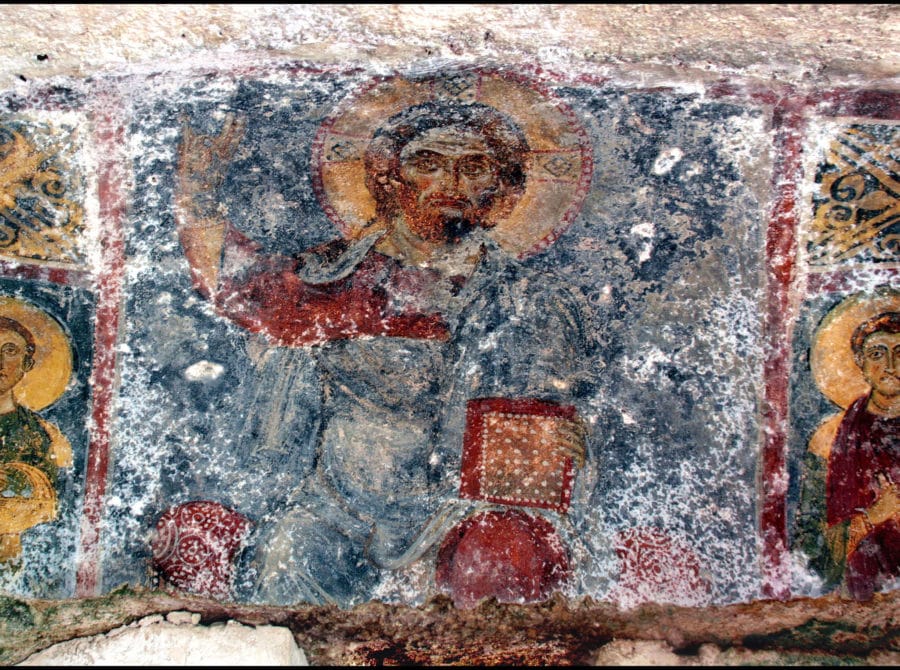 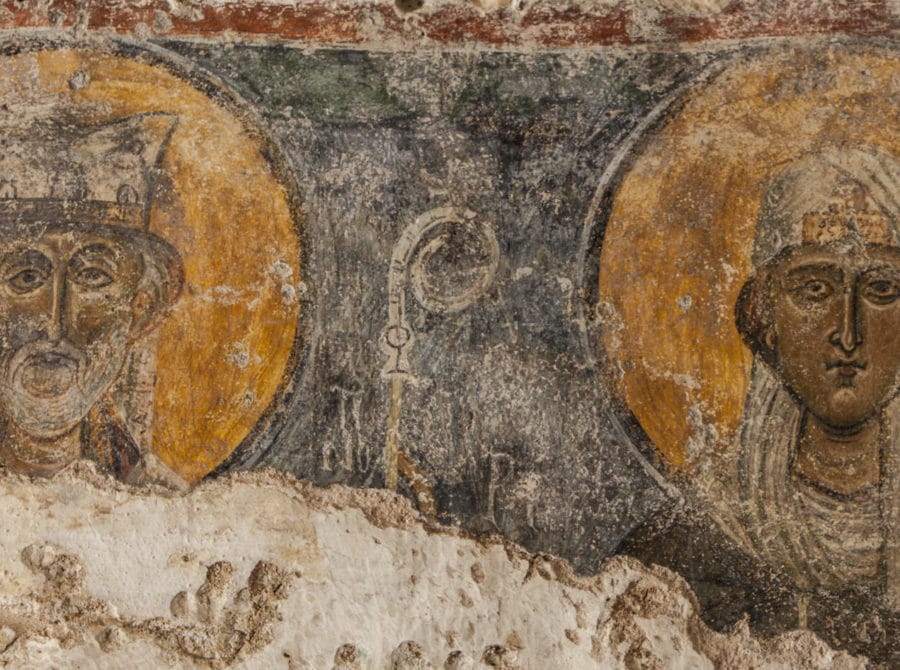 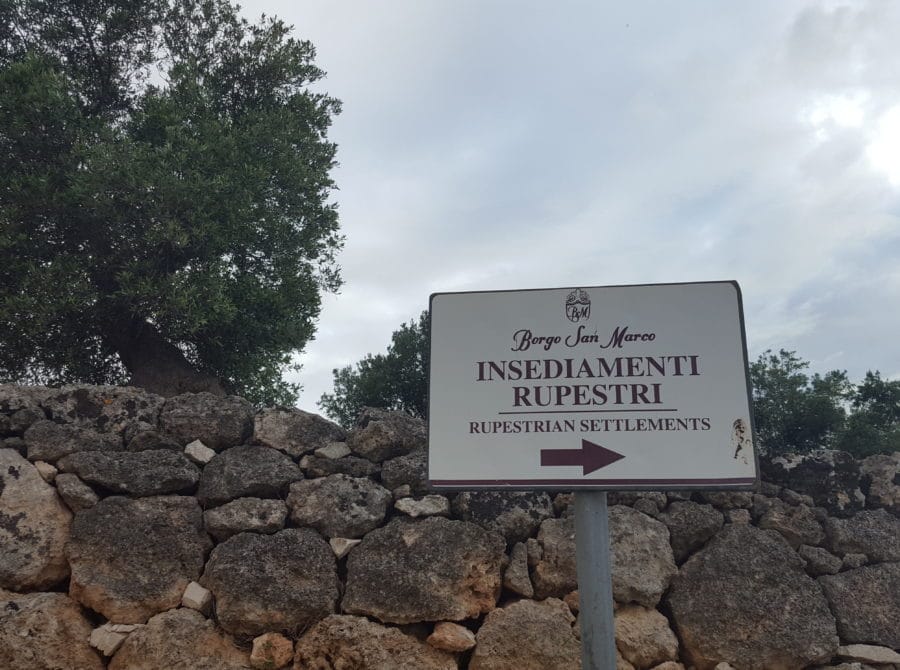 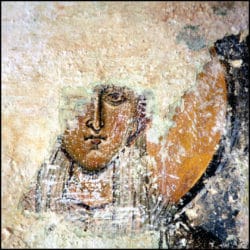 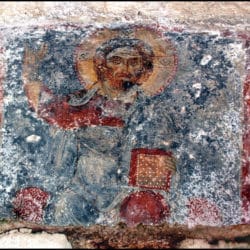 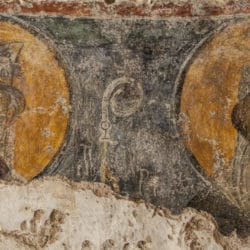 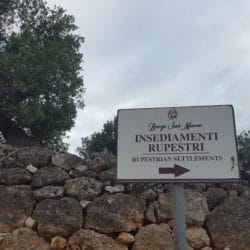 Borgo San Marco is situated south of Bari, towards Brindisi. It is enclosed by an enormous set of olive trees, which themselves are worth visiting. Borgo San Marco is a charming, authentic and culturally rich Masseria that faces the Adriatic Sea, which can be reached by following a snake shaped red gravel path. All around […]

Peacefully walk down the path that slides towards the Mediterranean, take your time and breathe the fresh air around you. It’s important because here in Puglia, from the northern part of the Gargano to the southern point of Salento, we have a very unique climate. The weather here is beautiful in any occasion; we have […]

Mr. Alessandro Amati, together with his wife Mrs. Virginia, decided to restore the Masseria 15 years ago, preserving the atmosphere and the appeal of the past, creating an elegant, sustainably-minded and traditional country house, where you can find the beauty of the colours and the lights of the surrounding countryside. Eighteen suites simply but stylishly […]

The Knights of Malta’s shelter.Dear Foreigner, Apulia is just a journey !A journey which works seriously like magic, because very few are the lands where beauty walks in procession as in the Saints and Lady’s days.Where the “Masserie” are young girls total white dressed up, singing their love for the sun. The old cities center […]

Chiama
Prenota
Indicazioni
We use cookies and similar technologies to recognize your repeat visits and preferences, as well as to measure the effectiveness of campaigns and analyze traffic. To learn more about cookies, including how to disable them, view our Cookie Policy. By clicking "I accept" on this banner or using our site, you consent to the use of cookies unless you have disabled them. I acceptCookie Policy